It’s been a year since the word Czechia, a shorter version of the name Czech Republic, was entered in the UN database of geographical names of countries. To mark the occasion, the geographical department of the Faculty of Sciences in Prague organised a special conference, assessing how successful the process of adopting the name Czechia has been so far. 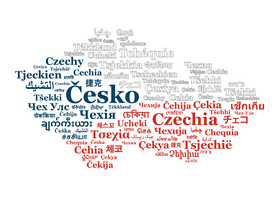 Are we going to get used to the short English version of our country’s name? This question was the focus of a conference called "Czechia: official for a year," which recently took place at Prague’s Albertov, the seat of the Faculty of Sciences of Charles University.

The event was attended by experts from various fields, including advertising, tourism and linguistics, who support the newly coined name. They repeated their arguments in favour of using the shorter and snappier word Czechia in less formal occasions, which don’t require the use of the country’s full political name.

They also discussed why the process of using the word has been such a complicated one, blaming mainly the country’s tourist and sports associations, such as CzechTourism and the Olympic Committee, for their reticence.

Kristina Larischová from the Ministry of Foreign Affairs, who spoke to Radio Prague on the topic of Czechia just a few months ago, outlined the recent progress:

“I think we have moved forward. If you put the word Czechia in Google, it will get many more mentions. While six months ago there were mentions worth units of millions, today we have roughly twelve and a half million mentions, which means that it works.

“This is because more and more institutions adopted the short name Czechia. It was not only the International Organisation for Standardisation, which I perceive as a crucial institution along with the UN and EU, but also Google Maps, which I think is extremely important. Since then the word has been spreading really fast.

“But of course we can still identify a number of areas, including various institutions and organisations, where more progress has to be made.”

What measures are you planning to take to promote the use of Czechia even further? 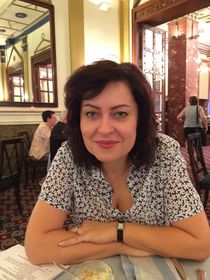 “I would like to stress the fact that our ministry has no possibility to force anybody to adopt the word. What we do is we try to explain, we try to show the important players that there are two official names of the country. So this is our role.

“In the near future, we would like to promote the use of the shorter word in the framework of sports, because sports activities are really significant in terms of public diplomacy. So the Foreign Ministry would like to foster and promote the good reputation of this country.”

What do you see as the biggest obstacle for a broader adoption of the word?

“Frankly, I see the biggest obstacle in the fact that our political representatives don’t use it frequently enough. But I am very optimistic, because the short version of a country name is more flexible and it is really common for other countries to use it. So I am really optimistic in this sense.”

Among those speaking at the conference was media analyst Jiří Mikeš, who says it is absolutely essential for a country to have a shorter name that can be used as the "country brand."

“If you are working in communication business or marketing you know that shorter words are better than official names. If you compare the number of letters in the Czech Republic and Česko, it is 15 against five.

"The time we are living in is a very dynamic one and you don’t have a time recognizing something you don’t know. Therefore we should have shorter name, as well as a slogan or a claim that would promote the country.”

According to Jiří Mikeš, it was mainly up to the prime minister to promote the word Czechia, since he is representing the country abroad.

The speakers also dismissed the common arguments against Czechia, such as the similarity with the name Chechnya. On the other hand, they stressed the need to have a universal geographical name for the country that would refer to the territory regardless of its political status. 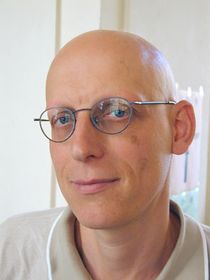 For the organiser of the conference, Professor Petr Pavlínek, who teaches at Charles University and the University of Nebraska, it is no longer a question of which name we should use or whether we like it or not: it is only a question of when it will be adopted on a broader scale.

“The main reason was to sum up was has been going on in over the past twelve months since the official recognition of Czechia as a short geographic name of the Czech Republic and since it has been included in the UN database of country name as the official short name of the CR in English and other languages that are used in the UN.

So how would you sum up this period of the past 12 months? How has the name been catching on?

“It has been catching on mainly in foreign countries. because by its international recognition and by being included in the official country names it started the process of more or less automatic spread into publications of the UN.

“It also started to appear in various atlases and textbook. And I think the most visible change has been the switch by Google maps to Czechia, which took place in January 2017.

“At the same time the progress has been slow here in Czechia. The reasons are obviously related to the fact that most Czechs don’t speak English well. Second, many of them have never heard of Czechia. The whole system is basically teaching them only about the Czech Republic. If you go to school and take an English class, for example, your English teacher will only speak of the Czech Republic.

“Also the Czech institutions and the Czech state were very slow to promote Czechia abroad. The Czech sports associations and clubs have not been eager to use Czechia either. “So the progress has been slow in Czechia but I believe that it is just a matter of time and the conference showed clearly that there has been progress on many fronts that the situation is slowly but surely changing.”

You called yourself a Czechist at the conference. What are you personally doing to promote the use of the word Czechia? 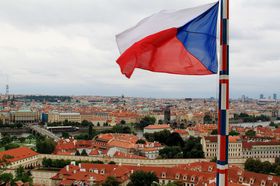 “What I started to do about 15 years ago, without being connected to anyone else, I started to use Czechia in all my English publications and I have used it ever since.

“My articles were published in the US and Britain. I have published two books that only use Czechia and there has really never been a question.

“What it tells me is that the English speaking world is basically ready to accept whatever the Czechs want. They are ready adapt as they have adapted in the cases of countries such as Croatia and Belarus that changed their names or came up with new ones after 1990.

It is really kind of disheartening that we are the only country in Europe that was unable to do that. I also see in many articles and presentations that use the name of our country in English in all kinds of forms: they shorten it to Czech or they use CR or they use Czecho.

“So this has been my kind of a personal journey and because I love this country I would like it to have a standard, short, geographic name that is being used in English the same way we use short names in English for other countries around the world.”

Top of this site #